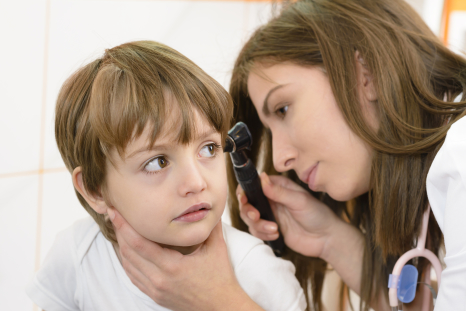 Of 1.4 million young Americans with hearing loss, just 12 percent use hearing aids, according to data collected by the non-commercial Better Hearing Institute organization. The more than one million children and young adults living without necessary treatment may suffer from social, emotional and educational problems as a result. In the long term, they risk becoming cut off by society, warned BHI.
”Children who cannot hear well – that is, when their hearing loss in untreated or under-treated – could face a life of underperformance and broken dreams,” stated Sergei Kochkin, BHI executive director.

Often, a mild to moderate hearing loss in children is not taken seriously by their parents, doctors or even their hearing specialists, according to a survey conducted by BHI among parents of hearing impaired children who were not treated with hearing aids. The result is inadequate attention and treatment.
The Better Hearing Institute found a general lack of knowledge among the doctors about diagnosing and treatment of hearing loss. The organization pointed out that the general attitude towards hearing loss in the U.S. is altogether problematic, as apparently only serious hearing loss is recognized as ‘real’ hearing loss.

One parent in three rejected hearing aids as a solution to their children’s hearing problems because they believe that wearing a hearing aid would result in even greater problems. They fear that their children would be subjected to teasing and exclusion by their peers. In some cases, their doctors shared this view.
The Better Hearing Institute points out that rejecting proper treatment with hearing aids is of no benefit to the children. On the contrary, stated the institute, failing to treat hearing loss runs the risk of serious future consequences for the children.

BHI is hoping that the seemingly bad image of hearing aids will improve.

More than one parent in five in the survey said that they cannot afford hearing aids for their children, and BHI is critical of the very limited resources available to provide financial help for those who need hearing aids.
Again, the reasons for the lack of financial support are rooted in the common view of what constitutes a ’real’ hearing loss. Mild and moderate hearing loss generally are ineligible for hearing aid subsidies, leaving large numbers of children behind.